The companies plan to roll out the system in two phases. First, in May, they would release APIs that would allow Android and iOS devices to communicate. They would also be able to connect to apps from public health authorities. To participate, a user would have to download one of those apps and consent to sharing their information.

If a user reported a positive Covid-19 diagnosis through the app, others that had been in close proximity to them would get an alert that they had been exposed to someone with the disease.

In later months, Apple and Google plan to build the contract-tracing functionality into their underlying platforms. Participation would still be opt-in.

Naturally, anyone using such a service would have lots of privacy questions before choosing to participate. Apple and Google answered some of them.

Since the system is Bluetooth-based, users do not have to share their GPS location to participate. The keys used to anonymously track who had come into contact with who would also change every 15 minutes, making it difficult to pinpoint someone’s location using Bluetooth.

The list of people users have been in contact with never leaves their phone, and people who report a positive diagnosis are not identified to other users, Google or Apple.

Here’s an illustration showing how the first iteration of the platform would work: 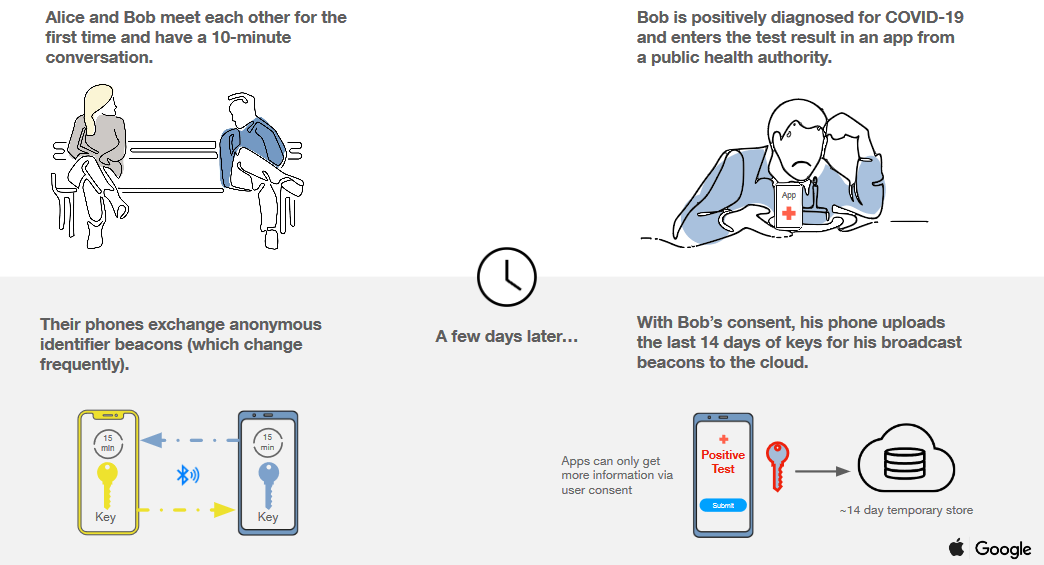 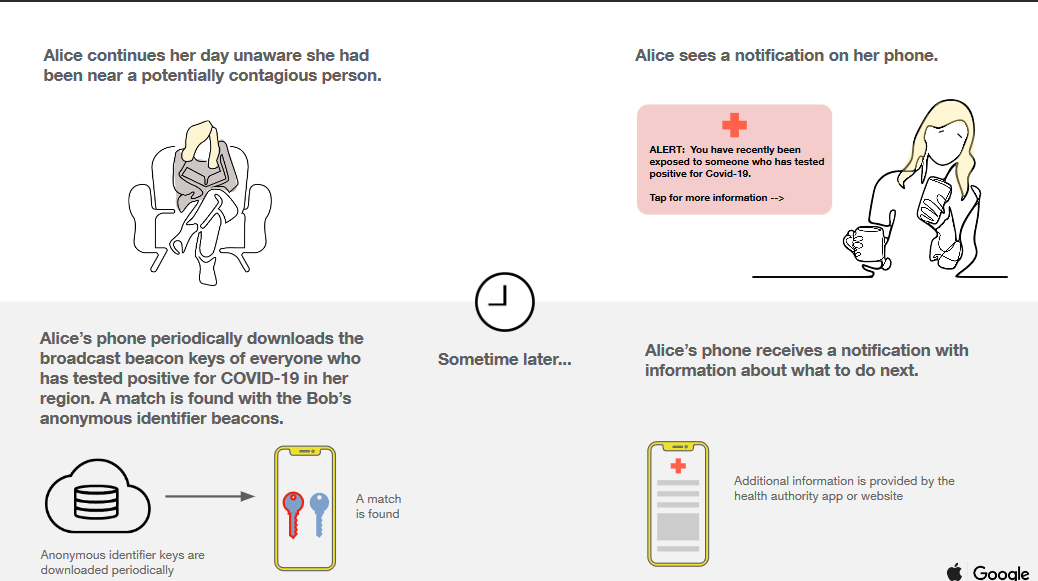 How to win physician confidence in remote patient monitoring programs

Health issues carried weight on the campaign trail. What could Biden do in his first 100 days?

Don’t carry out a coronavirus rapid test outside during winter

Everything You Need to Know About Microgreens and More

Eat More Veg With This Five-Day Meal Plan For Families

How to win physician confidence in remote patient monitoring programs